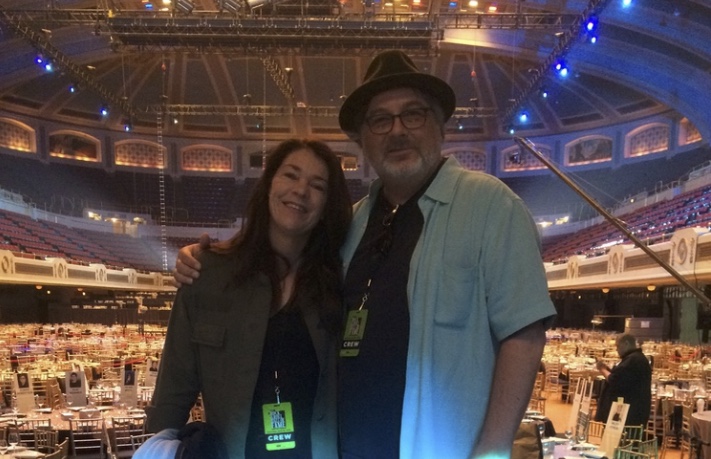 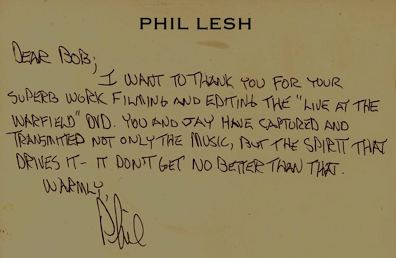 “Ravin’ Films is one of the go-to video production companies in the music business. Bob Sarles and Christina Keating posses a rare blend of technical expertise and a knowledge of musical history that immediately puts artists, managers and marketing people at ease, both on-set and in post production. I’ve hired Bob and Christina produce and direct EPK shoots with Van Morrison and Sly & The Family Stone (yes, all of them!) to name two, and the results were fantastic. I’ve also worked with them on feature length documentaries, including Sweet Blues: A Film About Mike Bloomfield and Bang! The Bert Berns Story, both of which take the daring step of shining a well deserved light on the obscure and overlooked giants in rock music history. ”

“Bob Sarles and Christina Keating rock! While working at Time Life I commissioned Ravin’ Films to produce a series of nine DVDs featuring performances from the Rock & Roll Hall of Fame. The project had many challenges and Bob and Christina Keating completed the project on time and on budget and with a creative vision that revealed the historic performances in all their glory.”

“A brilliant filmmaker, editor and storyteller, Bob Sarles started on our feature documentary ‘BANG! The Bert Berns Story’ as an editor and finished as my co-director, so profound and transformative was his work. A great friend and collaborator, Bob brought all of his powers to the project, including the best people at every step of production. I can’t recommend Bob Sarles and his filmmaking partner Christina Keating enough.”

“I asked Bob Sarles and Christina Keating to take on a previously troubled feature documentary project and breathe new life into it. Together Bob, with his deft editorial eye and keen storytelling ability, and Christina, with her deep experience as and archival researcher and story producer, reinvented our film and delivered to us a masterpiece. I couldn’t have been happier with the final results and would not hesitate to work with the Ravin' Films team again in the future.”

“Ravin’ Films’ oversaw the post production of our documentary ‘Mata Hari The Naked Spy’ with Bob Sarles and Christina Keating serving as our editors and Post Production Producers. Their creative input and level of commitment were unparalleled. Bob supervised the animations and worked closely with our music composer. Christina was brilliant at finding the archival footage and photos needed to help tell the story. We ended up with a beautiful film that far exceeded our expectations. If you have the chance to work with this experienced, talented team - jump at it!”

“I’ve known and worked with Bob Sarles and Christina Keating for over 15 years. They are among the most dedicated and passionate producer & editor teams that I’ve encountered. They put their full efforts and creative energy into each and every project…striving to tell the best possible story.”

“WHAT ABOUT BOB? His years of accumulated hands-on knowledge of this business/art form is invaluable, and his ability to embrace and put to use technology of the day is uncanny. A rare combination. I know first hand....”

“Bob Sarles and Christina Keating bring a unique skill set of a deep understanding, passion and knowledge of music together with a terrific technical knowledge of how to translate that to the various multi media formats.”

Chairman and President, Rock and Roll Hall of Fame Foundation

“Bob Sarles is a producer's dream of an editor because he is both a talented editor and an experienced producer. He sees both forest and trees with 20/200 creative vision. While I was executive producer at ILM Commercials, he was the key editorial talent and was fundamental to our creative achievement and financial success.”

“I had the pleasure of working with Bob Sarles and his Ravin’ Films team on a project for PBS. The entire experience was effortless as Bob was constantly on top of everything. The Ravin’ Films team were patient and extremely reliable, anticipating potential issues even before they surfaced. I certainly hope to work with them again in the future.” 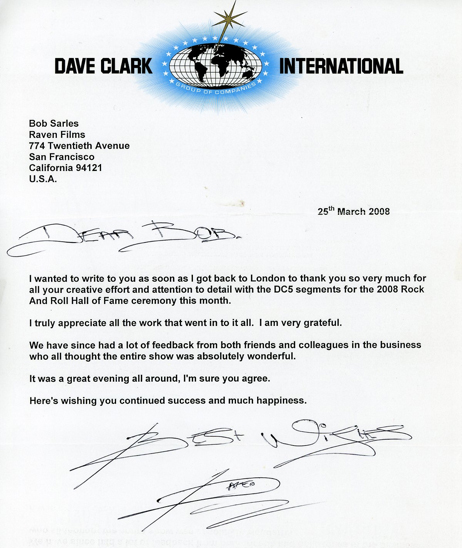